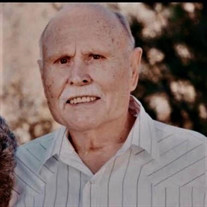 Bernard (Bernie) Beck Jr., 80, of Bear Valley Springs, passed away unexpectedly on October 23, 2020, from cardiac arrest in Pasadena, CA. He now rests peacefully with his Lord and Savior. Dad was born March 1, 1940 in Monterey Park, CA, to Bernard Beck Sr. and Essie Faye (Fleming) Beck. Dad was the youngest of four children. Bernie is preceded in death by his parents, and brothers, Robert, and Vernon Beck; as well has his sister, Virginia (Beck) Grier. Dad is also preceded in death by his third wife, Deena Rosen Beck. Dad was raised in San Gabriel, CA, graduating from San Gabriel High School in 1958. He attended Alhambra Nazarene with his folks where he eventually accepted Christ as his Savior and met his lifelong friend of 78 years, Dave Thompson. Dad raised his own family in Arcadia, CA. After his divorce he lived in various cities around the San Gabriel Valley. Finally settling for the last 20 years with his beloved wife Deena in Bear Valley Springs. Dad is survived by his daughters Tamara (Beck) Struck, and Lorie (Beck) Lund and husband Colin. He is also survived by the mother of his daughters, Nancy (Wells) McDonald. Dad had five grandchildren, Dale Struck and wife Marina, Jake Struck, Melissa Chafer-Lund and husband Alvaro, Dr. Erik Lund and wife Signe, and Owen Lund and fiancée Kaylin Mosley: as well as great-grandson, Clint Lund. Dad is also survived by numerous nieces and nephews and their families. Dad was a retired Peace Officer with L.A. County serving his community 34 years. His former colleagues have described him as kind, fair, funny with a wicked sense of humor and loved a good joke, as long as it wasn’t on him! Dad loved the outdoors even though it brought on his allergies. Fishing and hiking were among his favorite activities. Later in life when fishing became too frustrating, he could be found puttering around his property or garage, keeping the grass cut low in case of fire, fixing just about anything he put his hands on, or keeping the bird feeders and deer trough full so he could watch the comings and goings of the wildlife. He also could not say no to taking in a cat, or two or five! Thank you to the residence of Tehachapi who got to know our Dad. Les, Jim, Fran, Janet, Butch, Crystal and Yvonne to name a few, you cracked through his veneer, befriended him, and took care of him. We are grateful to you all. At dad’s request there will not be a service.

The family of Bernard (Bernie) Beck created this Life Tributes page to make it easy to share your memories.

Send flowers to the Beck family.