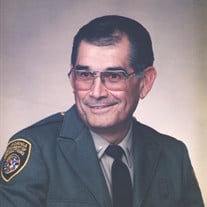 David M. Villanueva 1938 – 2017 David passed away on Tuesday, November 21, 2017, at the age of 79. Born on June 27, 1938, to Manuel and Cheri Villanueva, he grew up in Bakersfield, CA, and attended Mt. La Salle High School in Napa, CA. David enlisted in the Marines right after high school and was honorably discharged in January 1964. He married Frances Diane Marquez on June 17, 1961, and together they had five children. He was employed by the California Department of Corrections in Tehachapi, CA, for 30 years, before retiring in 1998. He was known to many there as Lt. “V.” David enjoyed playing softball as an adult and coaching his sons’ Little League baseball teams. He always attended his grandchildren’s sports events and was one of their biggest fans. David is survived by his wife of 56 years, Frances; his daughter, Lori (Bob) Helfrich; his son, Gilbert (Debbie) Villanueva; and daughter, Cathy (Tom) Hubbard; as well as eleven grandchildren and eight great-grandchildren. He is also survived by his sisters, Diane Rodriguez, and Linda (Jack) Garcia; and brother, Eddie (Jean) Villanueva. He was preceded in death by his daughter, DiAnna Bailey; son, Norman Villanueva; along with his parents, Manuel and Cheri Villanueva. Services will be held on Friday, December 1, 2017. A viewing will be held at Wood Family Funeral Service, 321 West F Street, Tehachapi, CA, from 9:00 a.m. – 10:00 a.m. A Rosary will be held at St. Malachy’s Catholic Church, 407 West E Street, Tehachapi, CA, beginning at 11 a.m., followed by a Mass immediately after at 11:30 a.m., also at St. Malachy’s Catholic Church. Interment will be at Tehachapi Public Cemetery – Westside, 920 Enterprise Way, Tehachapi, CA. “Once a Marine, Always a Marine” Arrangements were made with the assistance of Wood Family Funeral Service. For condolences please visit www.woodmortuary.net.

The family of David Michael Villanueva created this Life Tributes page to make it easy to share your memories.

David passed away on Tuesday,...

Send flowers to the Villanueva family.