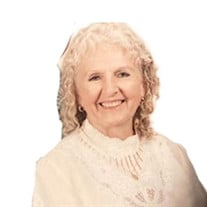 Ethel “Bunty” Davis, beloved Mother, Grandmother, Nurse, and Carmelite died at her home in Concord, CA on March 12, 2022, at the age of 91 surrounded by members of her family. Born to David Frederick and Ethel Mabel Chimes in Chester, England on June 20, 1930, Bunty was an only child. As a young child, she was accepted into the Queen’s School which cultivated her interest in ballet, classical music, literature, art, and poetry. During this time, she witnessed the horrors of WWII, sheltering from air raids often alone in her home. She was just 15 years old when the war ended. In 1952, she met and married Ken Davis who was a Staff Sergeant in the US Air Force. Their sons, John and Michael were born in England, their four other children, Susie, Debie, Paul, and Steven were born in the U.S.A. She held many jobs in her career, most notable, her advancement in Nursing. She joined daughter Sue in Nursing school at Mt. San Antonio College and received her RN in 1981, and later earned a bachelor’s degree in Management from California Coast College in 1995 at the age of 65! She found her calling in Hospice and Palliative Care. She served as a Director over several Hospices in Kern and Los Angeles Counties, was a founding member of the National Hospice and Palliative Care Nursing Association, and served on the Board of Directors. She mentored and trained healthcare providers on palliative care, presented at conferences, and was a trusted leader in Hospice Nursing. She was an effective advocate for her patients and before pain was treated as the 5th vital sign, she developed many of the pain management protocols for patients in end-of-life care. Bunty was a devoted Catholic and turned to her faith in times of pain, joy, and uncertainty. Being Catholic was a choice for her and she turned to God for guidance and Mother Mary for comfort and direction throughout her life. She was an RCIA Coordinator of staff at St. Malachy’s in Tehachapi, CA, where she also developed and led a young girl’s group in the teachings of Mother Mary, known as the Children of Mary. She trained as a Stephen Minister Lay Leader, volunteered at Prince of Peace, a Benedictine Abby in Oceanside, CA, and assisted Fr. David Caravalho, in the formation of the Family of the Little Way of Ste Thérèse of Lisieux. She became a Spiritual Director and later joined the Lay Order of the Our Lady of Mt Carmel. She took her vows in the Ritual of the Secular Order of the Discalced Carmelites in 2013 and assisted Father Daisus in developing a foundation in Las Vegas. She devoted her time to prayer and offered herself to God in the form of St. Thérèse‘s beautiful “offering to Merciful Love”. A gifted writer and poet, she kept letters, journals, and poems that spoke to her. She lived the life of a Carmelite- simple, devoted, and always with Love. Those around her know her smile, laugh, and joy at the sight of a grandchild, a beloved pet, a flower in the garden, a glass of red wine, or a piece of berry pie. She will be sorely missed by her family: John, Michael & Linda, Sue & Mike, Debie, Paul & Kathy, Steven & Estella, her fifteen grandchildren, and thirteen great-grandchildren. She joins her husband Ken Davis and son-in-law Brad Welton to rest in Heaven. Funeral arrangements will be made by Wood Funeral Services (661-822-6897). Rosary will be held on March 25, 2022, at 10:30 a.m., followed by Mass at 11:00 a.m., both at St. Malachys Catholic Church, Tehachapi.

Ethel &#8220;Bunty&#8221; Davis, beloved Mother, Grandmother, Nurse, and Carmelite died at her home in Concord, CA on March 12, 2022, at the age of 91 surrounded by members of her family. Born to David Frederick and Ethel Mabel Chimes in Chester,... View Obituary & Service Information

The family of Ethel (Bunty) Davis created this Life Tributes page to make it easy to share your memories.

Send flowers to the Davis family.