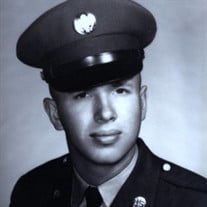 Henry Langworthy Schaeffer 1940 – 2018 It is with sadness that the family of Henry Langworthy Schaeffer announces his peaceful passing after a prolonged illness, on Sunday, October 28, 2018, at the age of 78. Henry was born on January 21, 1940, to George and Adele Schaeffer in Chicago, Illinois. Soon after, his family relocated to Brentwood, California, where Henry spent his formative years. From 1958-61 he served our nation in the Armed Forces. He returned to Los Angeles to build his first house at the age of 22. In 1974 he opened Olympic Hardware in Santa Monica. Having discovered Bear Valley Springs in 1979, he purchased a lot and completed his first Tehachapi house in 1981. He went on to build 50 homes in the Bear Valley area between 1981-1994. In 1994 he opened a hardware store in Tehachapi, Home 4 Less, through which he served the community until 2017. Henry always told his children that if you don’t like something, you should run for office. He lived by those words, serving on the Bear Valley Springs Board of Directors and the Tehachapi Hospital Board of Directors. He was an accomplished bridge player who earned his Life Master Award at a very young age. He is survived by his wife of 46 years, Christine, and his children, Felicity Schaeffer and Henry Langworthy Schaeffer II. He also leaves behind six grandchildren: Amaya, Diego, Abraham, Mateo, Apollos, and Magdalena; and his siblings, Elizabeth Jenkins (Lynn), Caroline Konecny (Neil), Susan Wolfe (David), and George Schaeffer Jr. (Connie); and his many nieces and nephews. He was preceded in death by his parents, George and Adele Schaeffer. He will be missed greatly in the community, by all the patrons of his hardware store, and by family and friends. But we know that he has a room in his Father’s house in Heaven, “My Father’s house has many rooms ... I am going there to prepare a place for you [Henry]. And if I go and prepare a place for you, I will come back and take you to be with me …” [John 14:2] A memorial service will be held at 11 a.m. on Saturday, November 10, at Country Oaks Baptist Church. Wood Family Funeral Service has been entrusted with his care.

The family of Henry Langworthy Schaeffer created this Life Tributes page to make it easy to share your memories.

It is with sadness that...