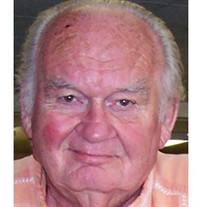 James Keith Dinsmore 1934 – 2017 Jim was born November 16, 1934, in Des Moines, IA, and died August 15, 2017, in Tehachapi, CA, where he and his wife of 60 years, Jolene, lived for the past 15 years. Jim married Lily Jolene Dinsmore on June 22, 1957. They had 4 children, David (Kris), Jeff (Jennie), Randy (Kelly), and Dianne (Audrey Fontaine); 13 grandchildren; and 14 great-grandchildren. Jim was preceded in death by his parents, Merwyn L. Dinsmore and Lilly Hazel Dinsmore of Davenport, IA, and an infant brother, Robert Lee. Jim worked with his father as a carpenter for several years while in Davenport, IA. This skill held him in good stead when he returned to school and had a family to provide for. When he returned to college in 1964, he already had three children and another on the way. He completed his Master of Divinity and was ordained into the Baptist General Conference in 1972. Later he took a course which was jokingly called “I Love the Covenant” and became an associate pastor in the Covenant Church in North Mankato, MN. In 1994, he founded PACT Ministries, http://www.neighborhoodthriftstoremankato.com, a nonprofit organization in Mankato, Minnesota, to help those in need. It continues to this day. He continued his service when, after the death of a local teenager, he started a Tehachapi chapter of PFLAG. He was also a regular contributor to the Tehachapi News. When he and his wife moved to Tehachapi, Jim returned to the skills he learned from his father. His first project was to handcraft the furniture for their home. Once this was done, he needed to do something to pay for the equipment he had purchased to make the furniture. So, a business called Wood n’ Stuff was formed. Jim and Jolene enjoyed selling their wares at craft fairs throughout Southern California. In lieu of flowers, the family requests donations to: PACT Ministries, ATTN: Rich Krause, 105 West Lind Street, Mankato, MN 56003. A celebration of his life will be held at 3:30 p.m., Saturday, September 9, 2017, at the Tehachapi Congregational Church, located at 100 East E Street. Wood Family Funeral Service has been entrusted with his care. For condolences please visit www.woodmortuary.net.

The family of James Keith Dinsmore created this Life Tributes page to make it easy to share your memories.

Send flowers to the Dinsmore family.