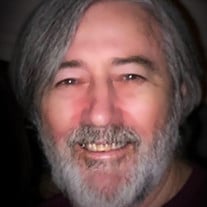 John Edward Hilliker, 64 of Tehachapi, CA, passed away October 17, 2020, at his home. John was born July 26, 1956, in Montebello, CA, to the late William and Carole Hilliker. In 1967, the Hilliker family moved to the Antelope Valley. John attended local schools while participating in Pop Warner football and Pony League baseball. He graduated from Quartz Hill High School in 1974. On September 18, 1982, John married Denise Lund. They were blessed with three children. This year they had just celebrated their 38th year of marriage. John worked in the construction field most of his adult life and after many years in the field, he finally applied and was hired as a Superintendent for Amelco Construction. He thoroughly enjoyed being out in the field with his subcontractors and keeping his job on track. He was not above getting back in the trenches and working side by side with his crew. John was a man of integrity and he took no excuses for those who were causing any kind of delay. He was old-school and honest to the core, writing down notes on any conversation he had with anyone at work. The last company John worked for was Bernard’s. The company treated him very well and appreciated the sincerity of his work. In August of 2007, John officially left work on long term disability. He had always hoped of going back to work someday. Over the years John enjoyed golf, fishing and playing Blackjack with his kids. His favorite thing by far, were the days spent on Lake Mead. We met some awesome people over the years and we always agreed with the saying that “There is no such thing as a bad day on the lake!” John leaves to cherish in his loving memory his wife, Denise; children, Lauren Hilliker, Curtis Hilliker and wife Jessica, and Sean Hilliker. He also left two of his favorite fans, his grandchildren Lucas James and Charlee Rae. The love he had for them formed a deep bond between them and he cherished being their Papa. Survivors also include his sister Loni and her husband Harold Newton, sister Wendy and husband Jim Ament, and brother, Billy, along with numerous cousins, nieces, and nephews. John Has also left behind his Mother in-law, Beverly Lund, Brother in-law Jim Lund and his wife Mary, Brother in-law Richard Lund and his wife Erin, and his Sister in-law Barbara Stilson and her husband Tim. Also, there are many people, going back to his childhood and even later into life that John always remembered and of whom he had great memories. And though he was never an animal lover before, his faithful companion and loving pup Zeke was always by his side and is grieving his loss. He loved you all, as you did him. We will also miss his laugh and great smile. A celebration of life will be held at 1 p.m. on Saturday, November 21st at John’s home. Please message through Facebook to RSVP, or email to [email protected] Family and friends are welcome to gather in his memory. Please also note that we completely understand that people have different views of Covid-19. There is no judgment here if you want to wear a mask and we will try our best at social distancing.

John Edward Hilliker, 64 of Tehachapi, CA, passed away October 17, 2020, at his home. John was born July 26, 1956, in Montebello, CA, to the late William and Carole Hilliker. In 1967, the Hilliker family moved to the Antelope Valley. John... View Obituary & Service Information

The family of John Edward Hilliker created this Life Tributes page to make it easy to share your memories.

Send flowers to the Hilliker family.