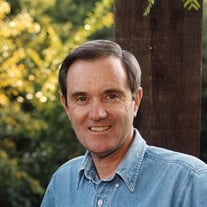 Phillip Wyman, loving father and grandfather who served for eighteen years in the California Legislature, passed away on Thursday, November 28, 2019, in Tehachapi at the age of 74. He was surrounded by his family as his battle with cancer ended. Phil was born on February 21, 1945, in Hollywood, California, to Elliott and Rosalie (Mauzy) Wyman. He received a Bachelor’s degree in Agricultural Economics from the University of California, Davis, in 1967 and entered the University of the Pacific’s McGeorge School of Law. In 1969, Phil left law school to enlist in the United States Air Force where he served for four years and attained the rank of Sergeant. On a tour of duty in the Republic of the Philippines in 1971 and 1972, he completed a year of graduate studies at the Ateneo de Manila University. Honorably Discharged from the Air Force, Phil returned to McGeorge where he completed his Juris Doctor in 1973. On May 21, 1977, he married Lynn Dee Larson. They raised two daughters and one son, Andrea, Elizabeth, and David. A rancher and attorney, Phil served as Vice President of the Antelope Valley Board of Trade before his election to the California Legislature. He had an extensive legislative career. A Republican, Phil was elected in 1978 to the State Assembly where he served until 1992. In 1993, he was elected to the State Senate and served until 1994. Voters returned him to the State Assembly for another term in 2000 to 2002. In Sacramento, Phil built an unwavering conservative voting record. He focused on public safety, defending Second Amendment rights, and protecting the unborn. Phil was proud that he voted against every tax increase and every attempt to raise legislative salaries while he was in office. Phil held a deep Christian faith and was guided by it throughout his life. He was known to be optimistic, energetic, hard-working and tenacious. Allies and opponents valued his civility, quick wit, and kind and compassionate spirit. Phil loved astronomy and while stationed in the Philippines, he became one of the founding fathers of the Philippine Astronomical Society helping to build their first telescope. During his later years, he was highly supportive of Native American causes and culture and often hosted Indian basket weaving courses at his Grand Oaks Ranch. Phil was an avid researcher of American history and had a special fondness for Abraham Lincoln. Phil is survived by his wife of twenty-eight years, Lynn (Larson) Wyman, their three children Andrea Beacom, Elizabeth Benzie, and David Wyman, his son-in law’s Clint Beacom and Curtis Benzie, his beloved grandchildren Ava, Ethan, Lillian, Eli, Gwendolyn, and Evan, and his brother Elliott “Ted” Wyman. Funeral services will be held in Tehachapi at the First Baptist Church on Saturday, December 7, at 10 am with reception following the service. Memorial contributions may be made to First Baptist Church Tehachapi 1049 S Curry St, Tehachapi, CA 93561. Wood Family Funeral Service was entrusted with his care. For condolences, please visit woodmortuary.net.

Phillip Wyman, loving father and grandfather who served for eighteen years in the California Legislature, passed away on Thursday, November 28, 2019, in Tehachapi at the age of 74. He was surrounded by his family as his battle with cancer ended. Phil... View Obituary & Service Information

The family of Phillip David Wyman created this Life Tributes page to make it easy to share your memories.

Phillip Wyman, loving father and grandfather who served for eighteen...

Send flowers to the Wyman family.