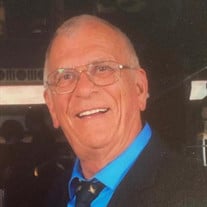 Richard “Dick” Dieterle, 79, of Tehachapi passed away unexpectedly on May 11, 2022. Richard was born on October 23rd, 1942, in Dixon, Illinois. He was the youngest of six boys. He attended school in Sterling, Illinois through the 9th grade and finished his High School years at Villanova Prep in Ojai, California. Growing up, two things came easy to him…sports and math. He was tutoring students in math by the age of 7 and continued until the age of 79. In high school, he played football, basketball, and track. In his senior year, he received the Helms award and was invited to a tryout with USC’s football program. Once he realized they were just as fast as he was and twice as big, he decided against college football. In basketball, he was a quick guard and able to dunk. At one point he held the county record for most points scored in a game. In track, his personal best for the high jump was 6’6”. His high school coach referred to him decades later as the greatest athlete he had ever coached. He received his BA in Math from St. Mary’s University in San Antonio, TX, and began teaching math at Notre Dame High in Los Angeles. Ready for a new adventure, he accepted a job with the Department of Defense teaching in Iceland followed by a teaching position in Germany where he also coached football, basketball, track, and wrestling. Upon returning to the states, he received his MA in School Administration from the University of Northern Colorado. Upon settling in Tehachapi in 1969, he taught math at the California Correctional Institution and then Jacobsen Jr. High. He became JJHS’s counselor and shortly after, principal where he stayed for 17 years. During 3 of those years, he also served as the Superintendent of Tehachapi Unified. He finished out his service in the school district as Tehachapi High’s Vice-Principal until his retirement in 2002. He poured his heart and soul into his work. Known as Mr. D, he loved each and every student and he always saw the good in situations and in each person. Retirement allowed him to explore a different type of work serving as an educational consultant for Siemens Corporation at high-risk schools in Illinois, Louisiana, Mississippi, and Missouri. In addition, he served as interim principal for Rosamond High School. He was a happy man who truly cared about everyone. He had a great sense of humor and never met a stranger. In his later years, he continued to enjoy traveling with his wife and friends, weekly golf, weekly breakfast with friends, attending his grandchildren's various activities, facetiming with his grandson in Australia, and “sharing” a cookie or making him laugh by putting on various silly hats, tutoring individuals in math, watching sports, and simply enjoying the company of his family and friends. Richard is predeceased by his son, Richard Dieterle, Jr.; first wife, Susan Dieterle; parents, Earnest, and Helen Dieterle; brothers, Al and Ernie; along with many other family members and good friends. Left to cherish his memory are his wife, Donna Dieterle of Tehachapi; children, Sally Lucas of Western Australia, Anne and Scott Barbour of Yorba Linda, Rob and Corie Schmidt of Brookdale, and Brian and Paula Schmidt of Reseda; grandchildren, Bryson, Emerie, Finley, Arden, Clara, Archer, and Daniel, (plus one on the way); brothers Jim, John and his wife Jeune, and Tom and his wife Kathie. Along with nieces, nephews, and friends who he loved like family. He was a proud and active member of the Knights of Columbus, Sigma Beta Chi, the Association of California School Administrators, and the Tehachapi Warrior Boosters. For the last three years, he was serving on the Tehachapi Cemetery Board. He was a bright spark and will be missed deeply by many. A memorial service is planned for Friday, June 3rd at 12:00 pm at St. Malachy Catholic Church. Please send all flower deliveries to St. Malachy Catholic Church. In lieu of flowers you may donate to Tehachapi Warrior Boosters, P.O. Box 1254, Tehachapi, CA 93581, or a charity of your choosing.

Richard &#8220;Dick&#8221; Dieterle, 79, of Tehachapi passed away unexpectedly on May 11, 2022. Richard was born on October 23rd, 1942, in Dixon, Illinois. He was the youngest of six boys. He attended school in Sterling, Illinois through the... View Obituary & Service Information

The family of Richard Dieterle created this Life Tributes page to make it easy to share your memories.

Send flowers to the Dieterle family.