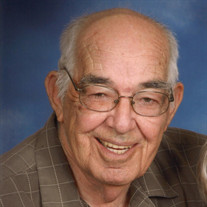 Robert “Bob” Slusher 1939 – 2019 On Sunday, April 14, 2019, Robert “Bob” Slusher went to be with his Lord and Savior while in the comfort of his home in Tehachapi, California. A service will be held on Wednesday, April 24, 2019, at 11:00 a.m. at the Tehachapi Church of the Nazarene. Following the church service, a graveside service provided by the Patriot Riders and CDC / Military Honor Guard will be held at the Bakersfield National Cemetery in Arvin, California, as his final resting place. Viewing is scheduled at the Wood Funeral Home on Tuesday, April 23, 2019, from 4:00 p.m. – 8:00 p.m. Born October 17, 1939, in Tucson, Arizona, to Willie and Minnie Slusher. Bob was the middle child to siblings James, Gladys, William D., and Dale. He attended and graduated from Pueblo High School, Tucson, Arizona, in 1957. He enlisted in the U.S Marine Corps and ended his service as a Private First Class. Bob moved to Reedley, California, in 1961, where he worked farming and raising chickens. Shortly thereafter, he moved to Huron, California, with his wife, Peggy and family where he worked on a ranch until he moved to Avenal, California, and became a local school custodian. He worked for the school district for 10 years. In 1975, Bob and Peggy divorced. About that time, he met his beautiful wife, Carolyn and her two sons. Bob and Carolyn were married on September 19, 1975, in Visalia, California. They made their home in Visalia where he worked for the First Baptist Church as a custodian. In 1987, Bob attended the California Department of Corrections Academy in Galt, California. After graduation, he was assigned as a Correctional Officer at the Tehachapi State Prison. On January 15, 2008, he retired as a Sergeant from Tehachapi State Prison. Bob enjoyed camping, fishing and spending time in the RV with his family, friends, and “Lisa”. Bob was proceeded in death by his mother, Minnie Slusher; father, Willie Slusher; brother, James; and sister, Gladys Hines. He is survived by his wife of 43 years, Carolyn Slusher; brothers, William D. and Dale; his 7 children, Charles, Virginia, Valarie, Darryl, Carson, Chris, and Dwight; his 17 grandchildren; and 2 great-grandchildren. Wood Family Funeral Service, Inc. is handling the arrangements. For condolences please visit www.woodmortuary.net.

The family of Robert "Bob" Slusher created this Life Tributes page to make it easy to share your memories.

Send flowers to the Slusher family.