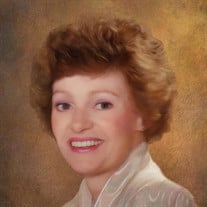 Sharon Letha Enge passed away April 14, 2022, in Tehachapi, California. She was born January 29, 1932, to Alfred and Letha Kaiser in Portland, Oregon. She spent most of her formative years growing up in the Northern Oregon area with her brothers,... View Obituary & Service Information

The family of Sharon Letha Enge created this Life Tributes page to make it easy to share your memories.

Send flowers to the Enge family.